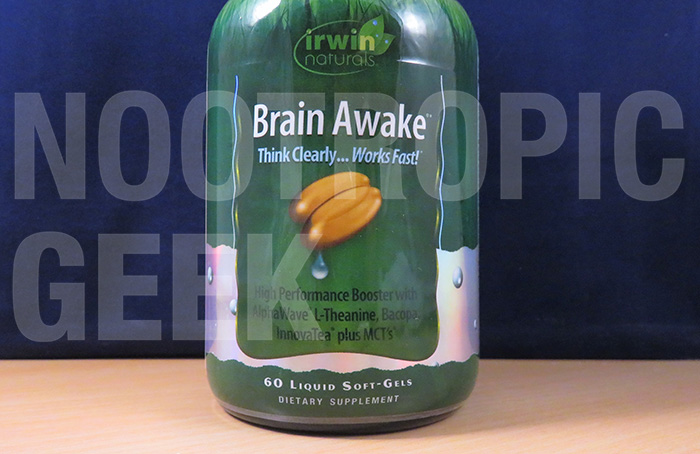 Western practices have a bad habit of over-economizing health.

Yet, here’s an economic principle I love to apply to health: Return on Investments.

Brain Awake is your quintessential Return on Investments nootropic stack for its emphasis on optimizing brain structure & function now for enhanced brain power later. While I realize this isn’t the sexiest approach to nootropic cognition, I’m pretty damn happy we have the option.

Check out the Brain Awake review:

Serving Size: 3 Liquid Soft-Gels
Servings Per Container: 20
Other Ingredients: Flaxseed oil, gelatin, purified water, glycerin, beeswax, soy lecithin, St. John’s bread, silicon dioxide and titanium dioxide.
Directions: Take three (3) Liquid Soft-Gels daily with a meal and a full glass of water. If caffeine keeps you up at night, do not take this product in the evening since it contains natural caffeine. 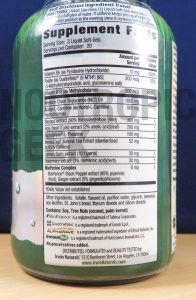 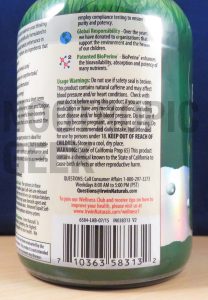 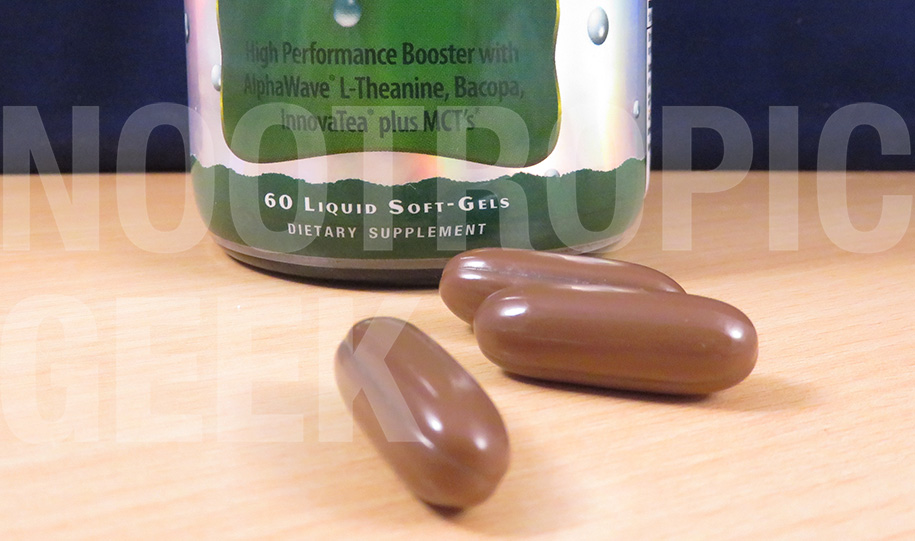 Reading these Supplement Facts, I’m getting those rebellious child instincts that arise while staring down a plate of healthy vegetables. Brain Awake seems healthy. Is that the point of health supplements these days? Being healthy?

Let’s check out the ingredients:

Vitamin B6 (as Pyridoxine HCl) – Mood enhancing nootropic B vitamin in average Pyridoxine HCl form (P-5-P is the better “active” B6 version). More on Vitamin B6.

Folate (as Quatrefolic®) – Brain Awake opts for surprisingly high value folate, which isn’t necessarily a nootropic, but it does serve cognitive protecting benefits for older folks when coupled with the next ingredient.

Vitamin B12 (as Methylcobalamin) – Quality methylcobalamin B12 form that becomes an increasingly important vitamin supplement over time as B12 levels diminish with age. More on Vitamin B12.

MCT (Medium Chain Triglyceride) oil – Despite the heavy amount of research on triglycerides, the jury is still out on its long-term cognitive value (namely because long-term research is tricky to perform). Although, if you’re asking the Geek, MCT oil seems like a great form of brain healthy nutrition that likely helps preserve mental & physical performance for its well-demonstrated role in neuronal functioning.

AlphaWave® L-Theanine – Another potent calming agent in premium patented AlphaWave form. L-Theanine is responsible for the “relaxed wakeful” feelings of green tea, making it a great complement to stimulants such as caffeine. More on L-Theanine.

InnovaTea® Natural Tea Extract (standardized to 95% Caffeine) – Ooh speaking of caffeine, here it is! The Supp Facts quantifies InnovaTea at 52 mg, so the 95% caffeine content here doesn’t seem overwhelming at all. I’d even accept double this dosage, as most caffeinated nootropic stacks seem to average at 100 mg caffeine.

Rosemary extract (3% rosmarinic acid) (herb) – Rosmarinic acid is another interesting compound that deserves more research for its nootropic potential. Currently it’s believed to serve antioxidant, anti-depressive benefits, but I wouldn’t take this as gospel quite yet.

BioPerine Complex – The ultimate cherry topper to any supplement. In very small dosages, BioPerine can make a big difference by increasing nutrient absorption, in effect enhancing the overall bioavailability of this entire formula.

When I situate myself with a hot cup of steamy green tea, which is quite often, I don’t expect mind blowing shifts in mental power & cognition. I expect a subtly energized, yet calmer mind and, if I’m lucky, a cleansing movement downstairs.

I look at Brain Awake with more or less the same expectations, minus the bowel activity.

The exact benefits touted by this nootropic’s website include:

Given the ingredients, I don’t think any of these claims are wild. Yet, any immediate shifts on cognition are going to be on a comparable level to the effects of green tea due to Brain Awake’s reliance on the classic L-Theanine + Caffeine duo.

Brain Awake’s adaptogen herbs & B vitamins may help promote focus by relieving stress & enhancing mood, but most of the ingredients outside of the L-Theanine + Caffeine partnership seem most effective for replenishing & supporting diminished cognitive states, particularly as they relate to age-related cognitive decline. As such, Brain Awake may provide a mental boost for most users, but this boost will be most apparent for the older consumers.

Not to say that younger users shouldn’t take Brain Awake: The potent Bacopa Extract in particular is great for enhancing learning & memory, benefits geared towards students & creatives. Yet, I would still view this as a supplement that prioritizes brain health over brain power.

Brain Awake can be purchased through various mainstream & online retailers.

If Brain Awake doesn’t work now, give it time.

Either you’ll need to wait for Bacopa’s time-dependent effects to kick in, or you’re simply not old enough yet for your brain to appreciate this type of nootropic nourishment.

Having said that, even if you don’t *feel* the bio-benefits of Brain Awake, I’m confident that they’re still working. Ingredients such as MCT & ALCAR help optimize brain structure over time as a means to preserve brain function from age-related decline. So an element of faith is involved here, but you know: I BELIEVE!

All the same, Brain Awake is sold at incredibly reasonable prices, so I’d say it’s worth a try.