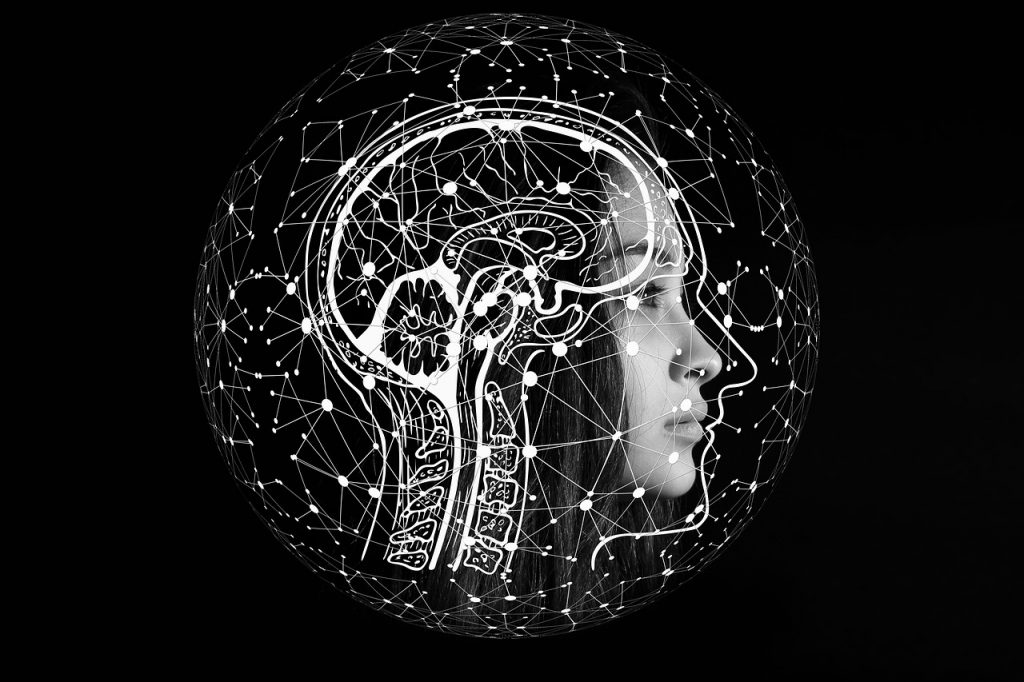 Definition: An individual with specialized expertise in, along with excessive excitement and enthusiasm for, a specific topic or activity
Pronunciation: “GEEEEEEK!” preferably. On a bullhorn. At max volume. With reverb.
Word Origin: Late nineteenth century, from Germanic English geck and Dutch gek
Synonyms: Guru, specialist, nerd, scholar, egghead, thinker, know-it-all

That about sums it up, folks:

I am The Nootropic Geek.
Nootropics are my expertise.

And on this site I am going to share all of the information I’ve picked up about nootropics, along with some of the awesome studies, papers, and resources I’ve used that you can explore on your own. Let’s get into it.

Not sure where to start? Why not start with the best of the best! Whether you’re a nootropic noob or a bio-hacking veteran, here’s a list I’ve compiled of my favorite daily nootropic supplements. You can check them out here: 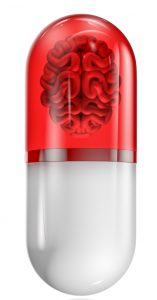 In the past, “nootropics” referred to a very specific kind of brain supplement: one that could help you perform better cognitively.

That definition is changing.

As the “nootropic” concept continues to skyrocket in popularity, it is expanding to include pretty much any nutrient that is beneficial for the brain. It makes sense because:

More on the evolving definition of “nootropic”

Today, by my count, there are about 70 brain nutrients that are considered to be nootropics.

But among the 70 nootropics are also nutrients that:

…all of which help with brainpower, though in less immediate and direct ways.

I have tried a ton of these nootropics, and plan to try them ALL.

I will be sharing my experiences and findings with you along the way.

We humans have been taking herbs and various substances to alter our mindstates for a long time, with early records of “nootropics” dating back centuries.

But the real dawn of the brain-boosting Nootropic Age began in eastern Europe, with Romanian chemist Corneliu Giurgea credited with discovering the first of the modern nootropics: Piracetam.

Russia (USSR back then) pounced on the opportunity to develop brain-boosters further.. Since then, the nootropic movement has progressed through the 70s, 80s, 90s, and aughts, expanding to include a broader range of nutrients used to enhance more aspects of cognitive function than ever before. Read more on the History of Nootropics

Today, Nootropics can now be categorized in a bunch of different ways. Here’s how I tend to think of them:

Vitally important for brain health and function. Depending on your diet, you may be getting enough of these already.

You have probably already heard of these compounds, which are suggested to have antiaging benefits, including in the brain.

It sounds like sci-fi, but it’s not: some nootropics raise and “tune” your brain waves, especially Alpha brain waves, for desired mental states.

These popular synthetic nootropics associated with Russia are in a class by themselves when it comes to both brain for performance and brain health.

As such, Noopept qualifies as bona fide nootropic for boosting motivation.

These nootropics can help improve your brain’s ability to resist stress, and can also help replenish brain chemicals that are drained by stress.

Read my list of nootropics that work to learn about more of my favorites.

This little summary of nootropic classes is not even close to telling the whole story.

It actually gets a lot more complicated, when you consider that individual nootropics may fall into several different categories. We get into these intricacies when we start

Holy crap, what a complicated (and good) question, right off the bat.

The unsatisfying answer is, “yes and no.” It depends on where you are in the world. Your location also determines if nootropics are legal; don’t assume that they all are, ’cause they’re NOT.

In my opinion, philosophically you might say, the line between nootropics and drugs is, in some cases, quite blurry.

This is especially true of the nootropic synthetics, some of which could easily be regarded as pharmaceuticals (and are, depending on what country you live in).

At the end of the day though, I think of nootropics more as “nutritional supplements” than anything else. 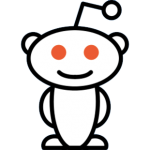 For the most part, you are. And I am. And some 80,000+ other nootropic geeks on Reddit–or more specifically the subreddit /r/Nootropics. You see, most food & drug agencies reserve their policies for drugs & substances that treat disorders. Nootropics aren’t necessarily intended to treat, they’re used for enhancement, a category not officially regulated by the powers that be. Thus, it’s on you and me and the 80,000+ /r/Nootropics redditors to keep each other clued in on the goings-on of nootropics & cognitive enhancers.

It’s not a perfect system, but, I mean, come on… let’s take it easy with the whole “standards” thing, okay? More on Reddit’s Nootropic Community.

Do Nootropics Have Side Effects?

By definition, nootropics are safe and well-tolerated. I would say that most nootropics are side effect-free… but there are outliers, too. In general though, side effects associated with nootropic supplements seem pretty mild, usually involving headaches, insomnia, fatigue, nausea and stomach issues. More on Possible Nootropic Side Effects.

In my system, there are 3 main types of nootropic supplements:

Pretty self-explanatory here; these supplements supply one ingredient only not very exciting, but useful big doses or creating customized stacks. Sometimes the standalone supplements can be very cheap.

This is where you purchase a bunch of individual standalone supplement and combine them for specific mental performance benefits. It really helps to know what you are doing if you choose to attempt this route.

These are formulas where a manufacturer does the combining for you. They are way more convenient than making your own stacks, and some of them are very good; the downside is that you usually have to sacrifice dosage in order to fit so many ingredients into a capsule. More on the Best Pre-Made Nootropic Supplements.

How to Take Nootropics

I buy and try a TON of nootropic products. They have their own cabinet in my house, which is literally piled high to the point of overflowing with pills, capsules, powders, liquid extracts… you name it.

It is kind of ridiculous. What can I say, I am obsessed, and I have a good vitamin store by my house. Anyway, my personal approach to supplementing with nootropics:

For example, the stack that I take is great for day-to-day stress, but if I have to give a speech or something, I am going to temporarily augment that stack with some extra anti-stress and memory nootropics.

The stack I take is great for general work productivity too, but if I’m on deadline and working on very little sleep, damn straight I’m going to augment that stack with some extra nootropic brain energizers, mental clarity boosters, alertness enhancers and attention sharpeners.

Students, in particular, may benefit from my list of academic-enhancing nootropics.

I let my cognitive state determine my course of nootropic supplementation.

A Word on Nootropic Cycling:

Importantly, every once in a while I stop taking all nootropics for a week or two.

There’s nothing really scientific about this I just KNOW when it’s time to take a break, and I do – and I always feel like I come back from these little breaks stronger mentally than I was before.

What are the Best Nootropics?

I have got some good resources for you when it comes to picking out brain supplements for specific mental performance concerns:

Citicoline, hands down. This single ingredient is metabolized into 2 unique nootropics, phosphatidylserine and uridine. Together, they do so many different things for the brain, from energy metabolism to brain regeneration. Of all the top memory-spiking choline donors, citicoline ranks as my favorite.

Here’s a breakdown on which choline sources are the best.

The Geek gets anxiety every once in a while. My daily nootropic stack supplement has some good anxiety nootropics in it, but I also keep standalone nootropics for a little boost to fight the beast when necessary; my favorites for this purpose include Bacopa, rhodiola, ashwagandha, L-theanine, aniracetam, B-vitamins and others are sometimes used for anxiety.. More on the best nootropics for anxiety

Yeah, The Geek deals with depression sometimes too! You gotta suffer if you wanna sing the blues, amirite??

So I always have some standalone mood-enhancer nootropics on hand, as well, to beef up my daily nootropic supplement at times when I’m feeling down. For example, during the holidays, when Game of Thrones season ends, when I drop my toast and it lands butter-side down, etc.

The best — and mos famous — nootropic stack is probably Caffeine + L-Theanine. You get alertness without jitters, along with a clear, creative mindset associated with L-Theanine’s alpha brainwave support. Piracetam + choline is another common nootropic stack (and Citicoline serves as a great choline source). More on nootropic stacking

Throughout Nootropic Geek are my reviews of a bunch of different nootropic ingredients and supplements. Many of the nootropics I review I have actually taken. In these cases, I can share my personal experiences on those nootropics. On others that I haven’t taken, I take a close look at the supplement facts and science, and analyze if it stacks up — leveraging every ounce of my geeky expertise.

SOME of them do. There are several beneficial bioactivities that have been identified across the 70+ nootropic ingredients that are out there. Some of them even have strong human clinical research studies demonstrating their brain benefits.

But the thing is, everybody’s brain is unique. I think the key is to ultimately experiment and find out what works for you. But on this site, I am happy to share what worked for me.

But keep this in mind, dear reader:

Am I a scientist? No.

I am a GEEK, geeking out over brain-boosting nootropics.

And I am here to help you find the quality nootropic supplements that work.