Reddit Rule 34: If it exists, there is a subreddit for it.

Fitness forums, Star Wars, burritos (no kidding, there’s a subreddit /r/burritos), it’s all there, including one of my obvious favorite subjects: Nootropics.

Except whereas most subreddits are about each subject’s community, /r/Nootropics is the community itself. It doesn’t simply discuss the goings-on in the world of nootropics. It establishes them. It parses law & order in an otherwise lawless, amorphous practice.

And the best part: It’s run and read by nootropic geeks like you & me.

The TL;DR Version: Without an official source of regulation & representation, nootropics have resorted to the next best thing: Reddit. The subreddit /r/Nootropics & similar social sites have fostered a community of DIY cognitive enhancement self-experimenters, for better or worse. More better than worse, yet still begging the question: Can we do better?

The Front Page of Nootropics

Reddit: The Internet’s front page and thought-sharer on everything wildly funny and mildly interesting, delivered in tiny, shiny gif-sized nuggets. The place we go to for all of the latest & greatest on culture, science, politics, & art, including the Cartman lens flare, which, at time of writing, has been upvoted over 110k times (under subreddit /r/mildlyinteresting).

Lens flare in this photo looks like Eric Cartman

But it’s really not as silly as it sounds, and, in the grand scheme of things, it makes plenty of sense that nootropic geeks would congregate on online forums such as Bluelight, Longecity, and Reddit—particularly the subreddit /r/Nootropics—to discuss wass good and what’s not good in the world of nootropics & cognitive enhancers.

What works, what doesn’t work.

Clearly there’s interest in nootropics, otherwise I wouldn’t be here talking nootropics with you all (I’d be back in the basement, discussing chemtrails with the socks that I’ve convincingly converted into sock puppets—or sock people, if you will). Yet, despite the heavy market & demand, a gaping hole remains where an accredited authority on nootropics should be. And the reason we don’t have an accredited nootropic authority is because we don’t yet have any bona fide nootropic credentials that are recognized by higher authority.

Not that establishing an official authority would be all that helpful to (or welcomed by) the vaguely libertarian clans of propellerheads & biohackers that seem to gravitate towards nootropics.

So, instead, we have /r/Nootropics, the (un)official online gathering (under)ground for Do-It-Yourself (DIY) biohackers & neurogeeks. As with any collection of humans, the community has its perks as well as its jerks.

First, let’s discuss the perks and how they werk.

DIY Nootropics on the Internet

According to the Beginner’s Guide of /r/Nootropics, the definition of “nootropics” is stated as: “a wide range of artificial and natural compounds which are thought to enhance cognitive function.” And they reportedly work by modulating:

As well as other cellular processes. Depending on the compound, the mechanisms of action may vary in function & degree, engaging users differently based on personal factors as well.

Compared to the definition given by Dr. Corneliu E. Giurgea, the OG nootropic geek & founder of the first nootropic drug (Piracetam), /r/Nootropics’ definition is on point–however, it’s missing an important criterion noted by Dr. Giurgea: Absence of usual pharmacological side effects of neuropsychotropic drugs.

In other words, popular stimulants such as Adderall, Ritalin, Modafinil, etc. don’t make the cut for their demonstrable risk of abuse, whereas /r/Nootropic’s more inclusive definition of nootropics creates room for these quote-unquote artificial cognitive enhancers.

Not that this has lead to a blatant abuse of prescription drugs (that already exists) or really even a mismatch in our (mis)understanding of nootropics (this also isn’t new). In fact, the online DIY nootropic community is rather adamant on the differences between so-called “smart drugs” and bona fide brain healthy nootropics.

In the Beginner’s Guide to Nootropics, two common myths are called out:

This operates as a sort of let me stop you right here, directed at /r/Nootropic initiates & amateur users. Online nootropic communities are willing to discuss smart drugs & risky synthetics (e.g. microdosing LSD for “short term cognitive enhancement”), but a mass majority of their forums are dedicated to rather conservative conversations–one of the most popular topics being: L-Theanine + Caffeine, arguably the most basic nootropic stack, naturally found in green tea.

Which herbal adaptogens are best? Best Bacopa extract? When does L-Theanine wear off? Need sources on bunk “Limitless” pills. Could I send nootropics through the mail?

These are typical discussion points on Reddit, none of which, I think, would have Dr. Giurgea rolling in his grave.

At the top of the /r/Nootropics page, there’s an announcement for this separate subreddit: For recommendations, dosages, feedback, or to get suggestions about what you should take, use /r/StackAdvice.

/r/StackAdvice is a supplementary (ha! puns) subreddit to /r/Nootropics, dedicated to submitting & answering questions related to stack advice, nootropic recommendations, supplement information, etc., etc. The subreddit is free of product advertisements, crowdsourcing its information entirely from enthusiasts & self-experimenters for the benefit of other enthusiasts & self-experimenters.

The Imperfect Science of /r/Nootropics 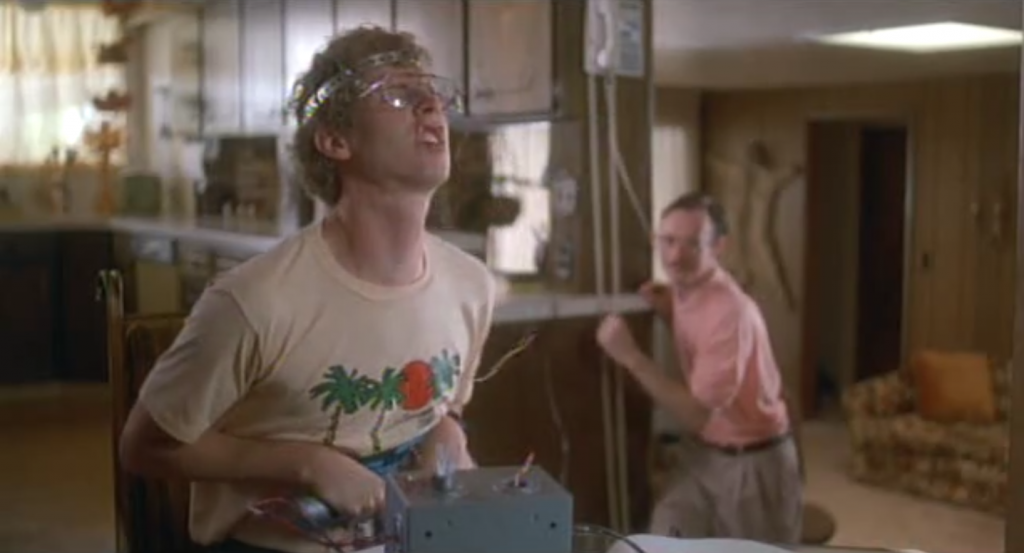 Nanny state regulators may look at Reddit and see an issue with self-experimenters risking their health over untested substance & ingredient interactions, but as far as I can see the real issue doesn’t lie in the safety & practical usage of these substances but rather how the self-experimenters report on their experiences.

What’s the biggest disruption in accounting a personal nootropic experience?

When checking research for my articles, I generally avoid studies that aren’t “placebo-controlled.” Without this there’s nothing to suggest that their results weren’t influenced by anticipation on behalf of the participants or researchers. Personally, I can attest to the power of placebo, and it’s something I have to be ever mindful of in sharing my personal experiences with nootropics: Did the racetams actually work or am I just telling myself they worked to justify all that money I spent on them?

How also does self-experimentation deal with confounding factors?–i.e. outside influences that affect the observed outcome. A Redditor may report better energy & mood following a week of supplementing Ashwagandha, yet neglect to factor in the fact that their favorite team just won the Super Bowl last weekend. Quote-unquote “perfect science” deals with confounding factors by controlling for age, gender, location, etc., etc., and ramping up the number of test subjects & trials for an average, rather than individual, result with which to reach a more valid conclusion. The key tenet of statistics:

The larger the sample size, the smaller the margin of error.

At best, users who reportedly practice blind placebo-controlled trials are only able to average results that adhere to their own personal biology & behavior.

Not to say that “perfect science” is all that perfect, seeing that much of nootropic research has yet to observe the long-term effects of many nootropics. Yet, the practice of singular self-experiments requires an additional layer of self-awareness, which, to the credit of the DIY nootropic community, has been demonstrated in more ways than one.

Can Accountability be Crowdsourced?

“Nootropics can do certain things, but they can’t automatically make you a whole well-rounded human being. Neglecting more important life factors can make you worse off in the end. Nootropics are not a substitute for basic human needs, like exercise, sunlight, social engagement, sleep and a good diet.”

This, written under the Considerations section of the Beginner’s Guide, is part of a long, sober assessment of the role of nootropics and the hazards presented by “making yourself a guinea pig for new stacks.”

Yet, the subreddit doesn’t entirely force you to fend for yourself.

Most of the popular nootropics are categorized with corresponding summaries. Some ingredients even come with a list of side effects and a link for “Reliable Supplier.” Threads centered on unproven or risky substances are given a “high risk” label. On the subreddit’s Wiki is a Vendor Warnings tab, in which “Unreliable Vendors” are called out for any number of reasons from poor quality control to mislabeling products, so on & so forth.

Again, the information is crowdsourced, so it’s not perfect nor comprehensive.

But it’s useful & impressive, and, if anything, it’s a proper demonstration on how personal accountability surfaces under DIY conditions.

Whether I’m reviewing a standalone nootropic or a premade stack, there are three sources that I check before submitting the review:

What I typically learn is that both nootropics & people are finicky. Occasionally, a common thread ties these three sources together. Yet, for many nootropics, the experience may greatly vary.

Such is the nature of studying & reporting on DIY cognitive enhancers.

Even so, I lean most heavily on source #1: The scientific literature.

Given the variability of the mind & its perception on otherwise identical experiences, I take most subjective, potentially placebo-tampered information with a grain of salt. An interesting grain of salt, but a grain of salt nonetheless. (Is that a misuse of the metaphor?)

For information that’s more objective & concrete, I recommend checking back here with the Nootropic Geek. I post new material weekly, including the latest & greatest on nootropic news, stacks, & standalone ingredients. And I mean, I might be a little biased, but my stuff is pretty damn good.