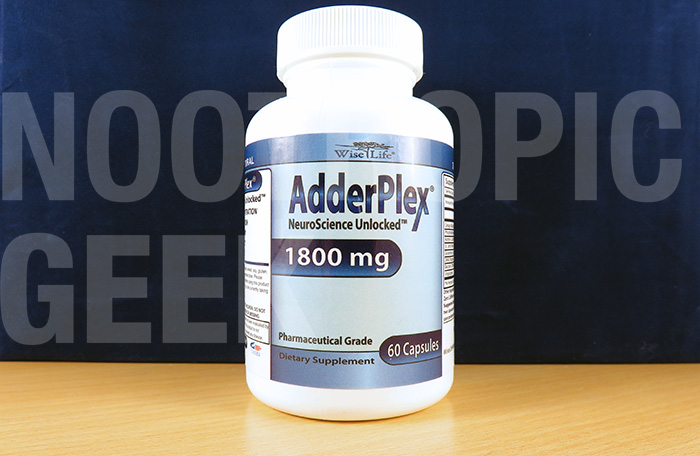 The best part about nootropics:

Rarely do they cover a single benefit.

Often times, if a nootropic helps one aspect of cognition, it helps many. Because unlike other non-nootropic cognitive altering substances (e.g. caffeine, Adderall, etc. etc.), nootropics affect cognition by affecting brain health.

This is why we need not only nootropics, but nootropics designed specifically for the purpose of replacing these non-nootropic substances.

This is why we have AdderPlex. 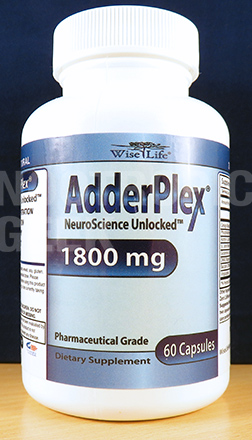 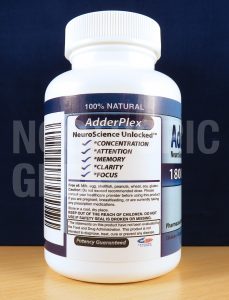 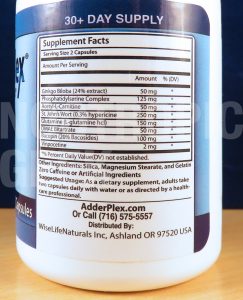 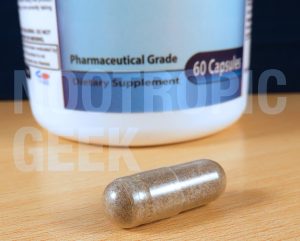 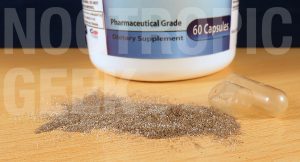 For an Adderall alternate supplement, there’s a surprising lack of amphetamines… I suppose that’s the whole point, right? Let’s see how these all-natural herbs & compounds review:

Acetyl-L-Carnitine – ALCAR delivers Carnitine across the blood-brain barrier to support mitochondrial functioning, but benefits may be limited to older men & women. More on ALCAR.

Being one of the most abused prescription drugs with a slew of side effects under its belt, including the terrible “A” word (“Addiction”), Adderall understandably needs healthier alternatives for both recreational & therapeutic use.

Unfortunately, many formulators take advantage of this need, playing off of the “Adderall” namesake while delivering cheap, overpriced, sh***y formulas.

Fortunately, AdderPlex is not a cheap, overpriced, sh***y formula.

AdderPlex’s 8-ingredient nootropic stack is the real deal when it comes to upping brainpower that also supports brain health. Except, whereas Adderall spikes speedy feel-good focus, AdderPlex directs its formula at supporting & reinforcing the underlying structures of focus & brainpower.

Of course, this means that if you’re expecting AdderPlex to supply a “guilt-free” version of the same Adderall experience, then expect disappointment: AdderPlex will supply immediate boosts in focus, but not with the same immediate satisfaction as Adderall. This turns out to be a good thing, though. Adderall’s focus is unnatural and thus unhealthy. AdderPlex is natural and thus… well, you get it.

With that in mind, I don’t see users popping AdderPlex for play-time (it doesn’t even have caffeine), but long-term use may benefit students & workaholics gain an edge during work-time. I’ll let you decide which is more important.

Ex-Adderall users and anyone feeling the effects of age-related cognitive decline may best benefit from AdderPlex–although, anyone looking for increased focus, memory, & mood may also consider the stack.

I’ll say it again, mainly because it gives me warm feelings inside: AdderPlex supplies an Adderall alternative that doesn’t take advantage of its user base.

The streets are hard in the world of nootropics, full of crooks, thieves, & non-research-backed ingredients. When you’re ready to ask where’d all the good people go? AdderPlex comes in with the answer. Which isn’t to say that it’s the best alternative to Adderall, or really even a highly valuable nootropic stack.

AdderPlex works, but it’s not without its issues.

Yet, considering the high number of positive reviews, you wouldn’t be alone if you’ve bought a ticket to the AdderPlex hype train. Clearly, I’ve already bought mine.