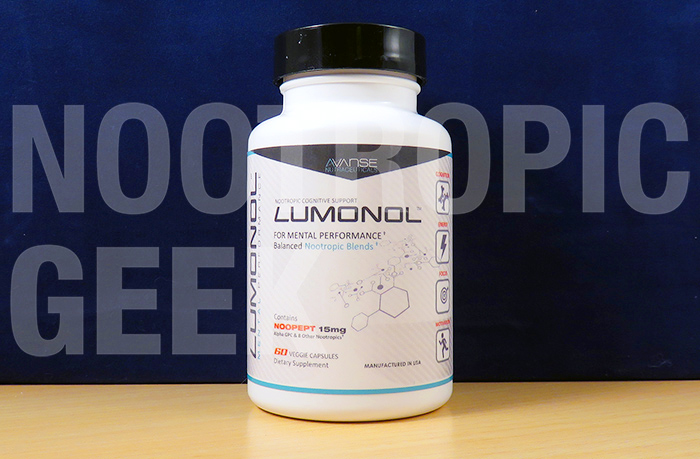 Siphoning off power from the Monopolated Light & Power Company to light his 1,369 light bulbs strung up along the basement ceiling, listening to Louis Armstrong jazz, the invisible man hibernates in his invisibility, poised for action.

Likewise, the brain siphons “power” from metabolic energy stores, ranking as the highest energy-demanding organ in the body.

In NY real estate terminology, this is called “squatting.”

But in biology, it’s simply called… well, “biology.” Because without it we wouldn’t have biology. Thus, while the invisible man subsists by taking advantage of faulty societal loopholes, the brain requires active inputs of energy to keep its lights lighting.

Which is why we have brain supplement stacks such as (the aptly named) Lumonol.

Let’s check out the review of this illuminating brain stack: 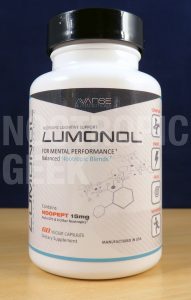 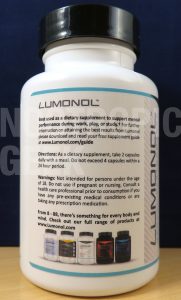 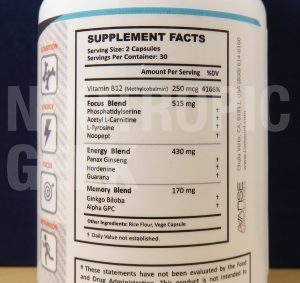 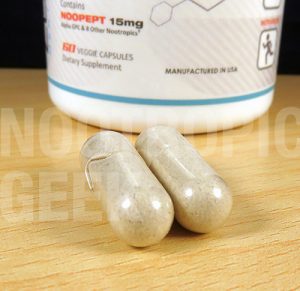 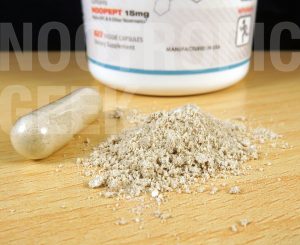 Three descriptive blends in a clean veggie capsule. That’s how you formulate quality supplements, my friends. But how do the ingredients check out? Time for the mini reviews:

Phosphatidylserine (PS) – Great for memory, brain chemicals, & brain membranes, backed by a, believe it or not, FDA-qualified health claim. That’s how you nootropic, son. More on Phosphatidylserine.

Hordenine – Believed to stimulate the “adrenaline rush” response for more energy & concentration, but research has yet to coagulate into anything definitive.

Guarana – Major source of caffeinated stimulation, yet some research indicates Guarana may have cognitive enhancing benefits independent of caffeine. More on Guarana.

Ginkgo Biloba – Ginkgo is all the craze among the older folk for its circulatory effects, but the herb may supply brain-boosting benefits to all ages, sharpening attention spans within 2-3 hours upon consumption. More on Ginkgo Biloba.

Lumonol claims to have “the worlds most effective nootropic with powerful brain enhancing properties”–which isn’t the most convincing claim considering the lack of a possessive apostrophe on “worlds.” But I’m not here to grammar Nazi the product’s marketing team.

And guess what, my geeks: This product’s formula is bangin’.

Even the B Vitamin is on-point, using the appropriate methylcobalamin form (even though B6 is an altogether better nootropic than B12). Yet, most of the product’s power comes from its 3-in-1 blends, which are:

Altogether, these blends stack up well, covering various angles on brain health & cognition. And while I’m not a fan of the “proprietary blend” layout across the Supp Facts, I am a fan of the overall dosages set out for each blend. There are adequate milligrams for each ingredient to have an effect–although, I do have to question the quality of Ginseng & Ginkgo. They seem to be in plain powder form, as opposed to potent, easy-to-absorb standardized extracts.

Due to the overall well-designed structure of the formula, this isn’t a huuuge problem, but it deserves to be pointed out. Because I’m a nootropic Nazi.

And that’s what nootropic Nazis do. They point out… things.

Essentially, a bunch of buzzwords related to being a busy cool dood or doodette in the 21st century.

Lumonol is a professional nootropic, sporting one of the original nootropics (Noopept) in addition to a number of brain healthy herbs, compounds, & vitamins… well, vitamin. The sum total being a nootropic stack that not only helps professionals compete in the work-/school-place, but bolsters brain health for anyone with a brain.

While $79.98 may seem like a heavy price-tag, I have to say it beats spending any money on a shoddy nootropic stack.

Lumonol is far from shoddy, my friends.