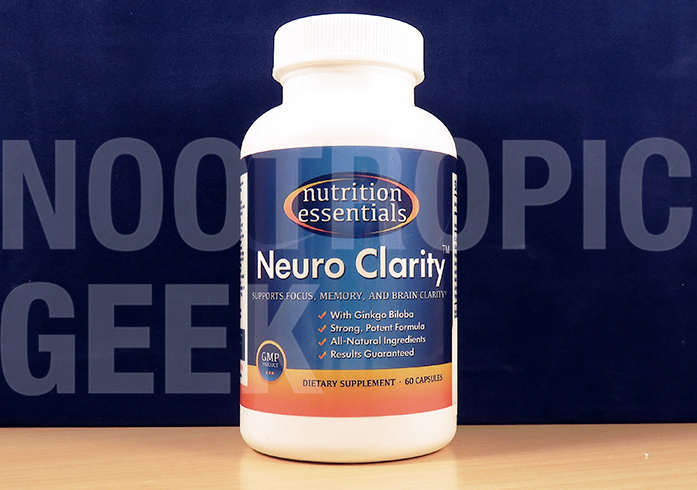 Ever heard of Nutrition Essentials?

Until I took a look at a Nutrition Essentials’ nootropic formula that (SPOILER ALERT) I thought looked purdy damn good. The nootropic stack of this review: Neuro Clarity.

Yet, here’s the things about nootropics formulated by “no name” manufacturers (no offense, Nutrition Essentials): They can have the best ingredients in the world, but a formula design shot up with so many question marks and so much BS that it’s any wonder how the formulators sleep at night.

Let’s see how Neuro Clarity (and, in part, Nutrition Essentials) ranks in this review.

Serving Size: 1 Capsule
Servings Per Container: 60
Other Ingredients: Gelatin, Magnesium Stearate and Dicalcium Phosphate
Directions: As a dietary supplement, adults take one capsule per day. Do not exceed 2 capsules per day. 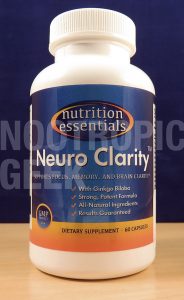 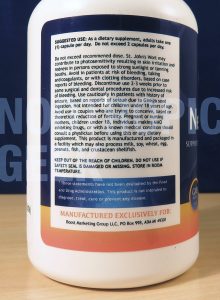 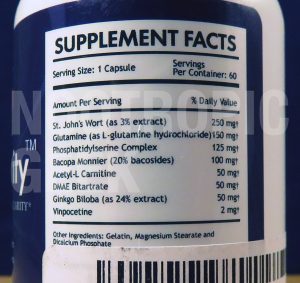 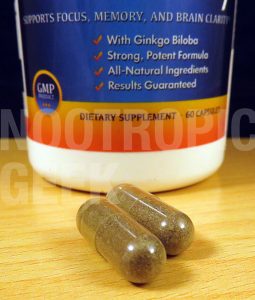 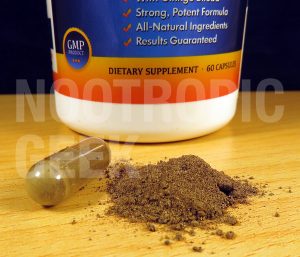 From the get-go, Neuro Clarity reads like one of those hippie herbal feel-good formulas. And frankly, I can get down with that. But first, let’s down on the ingredient mini reviews:

Phosphatidylserine Complex – One of the best nootropics available, so good that the FDA grudgingly released a health claim stating its value for brain health. Clears brain fog & enhanced mental power. More on Phosphatidylserine.

Acetyl-L-Carnitine – This ALCAR form of L-Carnitine is the way to go for brain health due to its ability to cross the blood-brain barrier. For most users, it doesn’t do much, but for ze elderly folk, it may support mitochondrial functioning in the brain–in effect, increasing brainpower. More on ALCAR.

Ginkgo Biloba (as 24% extract) – Quality Ginkgo extract, which has been shown to enhance elderly cognition through improved cerebral circulation–however, all ages may benefit from its bio-effects on memory & attention. More on Ginkgo Biloba.

I recently read the phrase “Turning smiles into a lifestyle” and I figured I’d save it in my thought-bank to plagiarize later for one of these nootropic reviews. Considering that “recently” here actually means “15 minutes ago,” this is a quick thought-bank deposit & withdrawal.

But it’s too good to pass up here, especially with Neuro Clarity‘s emphasis on mood boosts.

The leading ingredient in this formula, St. John’s Wort, is one of the most popular natural anti-depressants, powerful enough that it’s actually recommended against if you’re already taking anti-depressants.

Yet, the primary intent of this stack isn’t to boost mood. Decreasing stress, anxiety, & depression are only a few of the pathways taken by this formula towards its ultimate goal: Supporting mental clarity.

The remaining ingredients seem to take a more direct approach to this through a number of bio-mechanisms, including:

Given the range of bio-benefits, Neuro Clarity is sure to enhance some aspect of cognition & mental power–however, the dosages aren’t exactly great. Plus, truth be told, when you look at many other brain health supplements, their formulas are nearly identical to this one. So question of “value” here is worth considering, especially if you can find this same formula for a cheaper price (and you likely can).

All in all, some students & workers may benefit from Neuro Clarity by supplementing it long-term, but ye olden folks are likely to experience to most action with this formula.

While I believe that men & women of all ages may benefit from Neuro Clarity, it seems to work best for the more maturely aged consumer. These ingredients generally feel-good, but actually optimize brain health and, consequently, cognition in the latter end of age-related cognitive decline.

You can buy Nutrition Essentials Neuro Clarity through Amazon.

Nutrition Essentials sides with common, research-backed ingredients to supply Neuro Clarity‘s boosts in memory, brainpower, & cognition. For many, I’m confident that the stack will work. For many others, I wouldn’t be surprised if Neuro Clarity does little to nothing.

Personally, I’ve had similar experience with St. John’s Wort: Some times in my life, certain batches work. Other times, it does nothing.

I imagine that Neuro Clarity only increases in value the older you get, so I wouldn’t give up on these ingredients if they don’t pass the test for you now. If you feel like a boost in mood & memory may help clear your brain fog or get you out of a long mental rut, you can certainly try Neuro Clarity… or you can more confidently choose from one of the nootropic supplements listed on my Best Nootropic Supplements to Buy in 2019 list: link here.