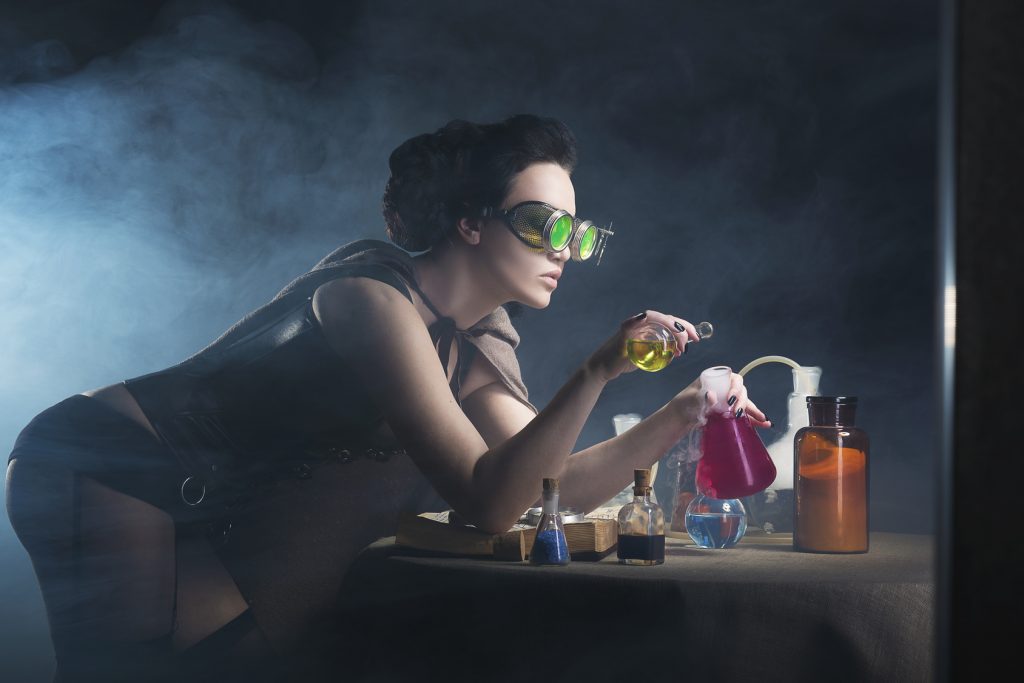 In Greek mythology, the skillful artist & inventor Daedalus was said to have crafted a Labrynth so intricate & complex that he found himself lost in his own creation.

The tale has since become an allegory for the importance of considering the consequences of one’s actions, devices, inventions, etc. Likewise, the subsequent story of Icarus, Daedalus’ son, details the process of creation (Icarus’ wax wings) having a negative consequence (flying too close to the sun).

On the flipside, Icarus’ ability to escape the Labrynth has been taken by many as encouragement to create an “escape route” from the things that confine them. For the nootropic enthusiast, this translates to crafting a stack intricate & complex enough to conquer the Labrynthine structures of the mind. The perfect stack symbolizing the user’s wax wings of freedom. The alchemist’s Philosopher’s stone.

Irony in this case emerging when the wings become the Labrynth.

The TL;DR Version: Like most hobbies, the art of nootropic stacking can range from a fun past-time to a pathological obsession. Depending on where you sit in this spectrum, the definition of the “Perfect Stack” may vary. While the search for a perfect nootropic stack is as new as the concept of nootropics, the quest’s endgoal is only the latest rendition of an ancient, ongoing mythology: A limitless existence.

Independently, Piracetam & Citicoline address the cholinergic system from opposite ends. Yet, if you mix the two, the combo supplies full spectrum coverage of these brain biobenefits, granting raw choline material to a racetam-bolstered acetylcholine production process for a bigger boost on memory & learning.

This is Stacking 101, a lesson covered in the beginner pages of /r/Nootropics and in my Beginner’s Guide to Nootropic Stacks. The Piracetam + Citicoline stack itself being perhaps a slight step above the popular L-Theanine + Caffeine duo.

In its simplest definition, a nootropic stack is the combination of two or more ingredients that benefit memory, mood, motivation, learning, focus, energy, and/or other various measures of cognition. Ideally, the stack should create a synergistic effect on cognition, a positive outcome that’s greater than the results afforded by the standalone constituents of the stack.

For the devout DIY nootropic enthusiast, the practice of stacking nootropics is much more involved & layered. It isn’t simply a matter of consuming more than one nootropic at a time. Other considerable factors are at play–from determining time of consumption to establishing an on/off supplement cycle to balancing effects & side effects via trial-by-error–the combined effort painting a path towards a sort of mythical nootropic El Dorado: The Perfect Nootropic Stack.

Your level of obsession determining how far down the path you’re willing to travel.

The search for the Perfect Stack is not unlike any other obsession.

But the wave is a left, and you surf rights.

Or the board you brought isn’t the ideal shape or size.

Your paddling is too weak, your timing is off, and you miss it altogether.

And if this all sounds like over-glorification of an otherwise trivial hobby or, worse, a pathological past-time, perhaps I better explain the content & intent of the Perfect Stack as we’ve come to imagine it. But to do that, we’ll need to venture:

Down The Next Level of the Rabbit-Hole, Head First

The Piracetam + Citicoline duo is a stack for memory & learning.

The L-Theanine + Caffeine duo is a stack for focus & energy.

But suppose you also wish to salvage your mood & motivation, particularly during stressful conditions (e.g. exam day, work presentations, deadlines, etc.). As a consequence L-Tyrosine, B Vitamins, and Rhodiola Rosea are added to the stack. Likewise, Pterostilbene & Lion’s Mane soon become considerations for their long-term neuroprotection. Mucuna Pruriens for your dopamine & testosterone levels.

And when I say “stack” I’m not implying that you stack all of these ingredients into a single serving. You segment them into sub-stacks to be taken separately: Piracetam + Citicoline in the morning & afternoon; L-Theanine + L-Tyrosine + Caffeine on an as-needed basis; Rhodiola as an afternoon supercharger; Pterostilbene + Lion’s Mane everyday.

Occasionally, you notch in Sulbutiamine to reduce social anxiety on a night out.

Other times you switch it up with Picamilon.

Eventually you create a diverse symphony of scheduled sub-stacks that culminate into the Perfect Stack, marked by a complete, endless synergy of memory, mood, motivation, learning, focus, energy, etc. In this sense, the Perfect Stack accomplishes a sort of neurochemical ataraxia, a supplementary state of freedom from emotional & cognitive disturbance, sustained at all times, under all conditions.

This, of course, remains generally hypothetical and likely unattainable.

Yet, the underground pilgrimage continues to tunnel deeper.

Twentysomething Eric Matzner, founder of Nootroo, reportedly consumes upwards of 30 to 40 pills a day. As far as I know, these pills aren’t in attendance of a clinical disorder or health condition. On the flipside, nothing I’ve read on Matzner suggests of him practicing or following the opposite extreme: Extropianism, the belief that scientific, technological advancements will eventually unlock immortality.

Instead, he self-identifies as a futurist, which involves the systematic exploration of predictions & possibilities for the future. Matzner’s brand of futurism seems to be patently neuroscientific, a style of futurism that’s uniquely Matzner’s as much as it belongs to the Silicon Valley codex of libertarian transhumanism.

Let’s step back a bit.

Nootroo is a Bay Area-based nootropic stack built on Dr. Corneliu E. Giurgea’s definition of “nootropic,” most notably on the tenet that “nootropics must be absent of usual pharmacological side effects of neuropsychotropic drugs.” This establishes the key difference between smart drugs & nootropics. And adherence to this criterion extends beyond the Bay Area: Take for instance Mind Lab Pro, a U.K. based stack, that eschews drugs entirely, opting for natural compounds & extracts rather than racetams & synthetics–which arguably possess (or are at a varying risk of) negative side effects.

Much of the push for side effect-free cognitive enhancement is spurned by the “forbidden knowledge” contained within pharmaceutical smart drugs: Adderall, Ritalin, Modafinil–i.e. stimulants that temporarily boost brain function. These pills serve medicinal purposes, sure, yet they also reliably spike cognition to unprecedented levels. Because that spike can be addictive and often comes at a cost to long-term health & cognition, it ultimately runs antitheoretical to transhumanism & futurism.

Even so, the smart drug experience has set the new high standard of cognitive enhancement.

Matzner turned to nootropics while turning away from smart drugs. Many /r/Nootropics redditors have dedicated threads to the question of “Adderall Substitutes” (Modafinal being a commonly recommended “substitute”). Supplement manufacturers commonly, often unjustifiably, label their stacks as “healthy Adderall alternatives” (All the Adderall focus minus the side effects!).

The overarching goal: Reconcile Giurgea’s nootropism with the Adderall experience.

Not that this objective applies to everyone. Yet, if nootropic stacking is partly engaged in an effort to foster a healthier future of neuroscientific, transhumanist endeavors, it is often done so while looking back at the amphetaminic Eden left behind.

The U.S. Food & Drug Administration (FDA) qualifies (or rather disqualifies) the concept of synergy with the equation: 1+1=3. In the eyes of such regulatory institutions, synergy represents a mathematical impossibility.

Manufacturers that claim “synergy” often have a hard time with this.

Occasionally, products get called out for claiming 1+1=3 results. In many cases the call-out is warranted, particularly when unusual or under-researched ingredients are involved.

Yet, ignoring the dystopian implications of the synergy equation (Big Brother says two plus two equals five!), it’s entirely plausible that the benefits of a nootropic can be enhanced by the presence of another ingredient. But how do nootropic enthusiasts quantify this effect? Especially considering that nootropic stacking is largely an ongoing Do-It-Yourself experiment?

Nootropic users who stick with quality pre-made stacks tend not to have this issue. The one-size-fits-all approach may not be the most dynamic for tackling cognition & brain health, but it’s relatively reliable & risk-free. Or at the least it’s stable.

Namely because if a manufacturer shells out a shoddy stack, they get penalized.

If you formulate a shoddy stack, you deal with the penalty alone.

Having said that, most nootropic users know what they’re getting themselves into when they concoct self-made stacks. Through online communities enthusiasts tend to be generously vocal on their experiences: Which nootropics work? Which don’t work? Which interact poorly with antidepressants? Et cetera. Et cetera–creating a massive, yet imperfect system of crowdsourced trials & information.

Plus, if one is ever unsure, one can always do the smart thing: Consult a physician.

Instead, the larger issue, as far as this article is concerned, lies on the opposite end of the spectrum:

Realizing the limits of a sufficient stack.

Suppose you achieve 1+1=3 synergy. What then? The next logical step of progression would be to craft a 1+1+1=5 experience. Or if possible, why not attempt combining 1+1=3 with a separate 1+1=3 stack for a cumulative 3+3=9? You keep stacking sub-stacks on sub-stacks for synergy-within-synergy results, compounding nootropic bio-effects on top of each other to achieve a theoretical state of cognitive perfection. A perfect loop of climbing synergy.

Neurochemical ataraxia: a supplementary state of freedom from emotional & cognitive disturbance, sustained at all times, under all conditions.

Journalist Catherine Price warns against the “obsessive quest for nutritional perfection” in her book Vitamania, focusing on the modern obsession with vitamins. I’d argue that nootropic obsession follows a similar trajectory: Towards an unhealthy compulsion ironically built on a valuable health system.

But don’t think I aim to counter this compulsion with a “solution.” The search for the perfect nootropic stack is only the latest anthropological rendition of an ancient, ongoing mythology: The quest for the Philosopher’s stone, the fountain of youth, the elixir of life.

The expulsion of death.

Consider 2011’s Limitless, the film that ushered in the most recent era of nootropic discovery. In the movie, Eddie Morra (Bradley Cooper) discovers NZT-48, a fictional drug that allows him to fully utilize his brain capacity, turning his life around for the better, and (SPOILER ALERT!) gifting him the superhuman guile to master & eliminate the drug’s deathly side effects.

Limitless entertains a sort of nootropic wish-fulfillment: That the Perfect Stack is achievable, despite a reality that suggests otherwise. In the book upon which Limitless is based, Alan Glynn’s novel The Dark Fields, the purpose of NZT-48 (originally named MDT-48) was to deliver a modern sci-fi what-if scenario driven by the hypothetical existence of a truly perfect cognitive enhancer.

It’s interesting to note that NZT-48 knockoff supplements didn’t storm the market until the movie version of the story came out. This is partially because these days movies are more sensational than books, but also because the book operates as a warning against our “Adderall age.” I’d imagine the average nootropic hobbyist leaving Glynn’s novel feeling vindicated, with a better understanding on why they’ve chosen healthy nootropics over risky stimulants.

The movie may also inspire a similar turn to nootropics, except with a different endgoal in mind, considering the difference in endings between Limitless and The Dark Fields.

His inadvertent extropianism proves successful, lending to the notion that if one could find the perfect routine, the perfect opportunity, the perfect stack, then one could achieve total & utter freedom.

However, in the book version Eddie dies. 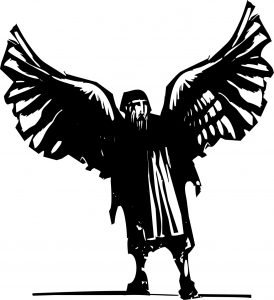