I don’t know about you, but the past decade has been increasingly exhausting. I started the 2010’s a fresh, bright-eyed high school graduate, with thousands of free dollars to spend (that I’d have to pay back later, because, apparently, that’s how college student loans work), and I’m ending the 2010’s much less fresh, saggy-eyed, and massively in debt.

Okay, I’m being a bit modest there: I might be older and wiser and way more cynical and jaded and distrusting of the world, but I’m still fresh as a daisy — that’s called self-care, baby.

All the same, with the exponential spread of digital information delivering all daily world events across the entire world, shoving traumatic news story after traumatic news story down our throats every single day, no doubt we’re all feeling a little strained and on edge — or at least more so than the nostalgic yonder years.

So, with that in mind, here are the Best Energy Supplements to Buy in 2021. 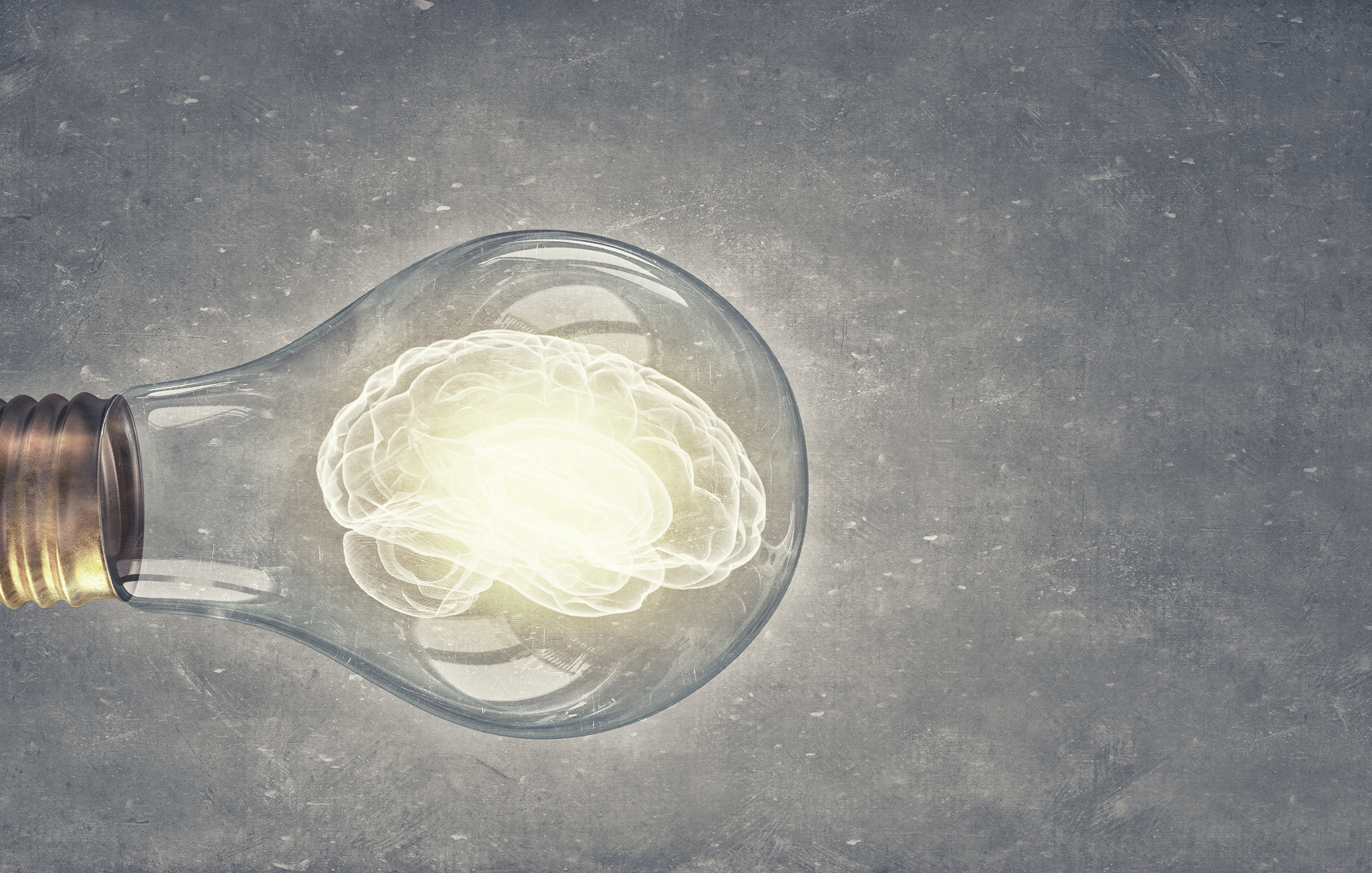 How does that work? A few ways:

As opposed to stimulants, which flush the brain and body with unnaturally high levels of neurochemical excitation, natural energy boosters promote mitochochondrial energy production — i.e., natural synthesis of ATP, the body’s basic unit of energy. Stimulants stimulate energy and focus at the cost of long-term cognitive health and performance, sort of like withdrawing all your cash now and winding up broke tomorrow, whereas mitochondrial energy boosters enhance cellular energy levels in promotion of long-term health and performance.

Remember that mitochondria are the cellular organelles responsible for converting food fuel, such as glucose and fatty acids, into ATP energy, which the body uses to do …well, damn near everything that body does — from moving muscles to repairing damaged tissues. By supplying the brain and body excitatory compounds that mimic dopamine, norepinephrine, etc., stimulants, such as Adderall, crank up the body’s energy expenditure without actually assisting with the mitochondria’s natural energy production processes. In actuality, they overwhelm and damage your mitochondria, resulting in a post-energy crash and burn that leaves you feeling ultimately more tired and groggy and fatigued, creating the illusion that you need more stimulation to maintain baseline focus and energy. (This explains the addictive qualities of stimulants.)

Nootropics, namely antioxidant nootropics, and other compounds that assist with mitochondrial energy production actually protect and promote the energy-producing functions of mitochondria, resulting in a net increase in cellular energy that accumulates over time for long-term feel-good energy, rather than the unnatural, unhealthy quick jolts brought by stimulants. More on Nootropics for Energy.

Primal man did not stress over bills, he stressed over lions and tigers and bears and bacterial infections. Meaning that when stress occurred, triggering the “Fight or Flight” response, primal man fought or flew. Under conditions of heightened stress, the body allocates energy for such heightened physical activity.

When we, instead, enter “Fight or Flight” mode via being stressed and anxious over bills, etc. and fail to do something active, such as exercise (or fighting lions), all that released energy gets unused and throws our body’s metabolism out of whack. The combination of stress and inactivity ironically makes our natural energy expenditure mechanisms way inefficient, potentially even resulting in poor body composition as the unused released energy all begins to accumulate in the gut, forming an unhealthy, unappealing type of fat called visceral fat.

Maintaining your stress levels through exercise, sleep, and (I’d argue) therapy — or, if not therapy, then some form of mindful meditation — may go a long way in restoring healthy energy and motivation levels. Also, in terms of supplementation, finding a healthy, natural stack of adaptogens, a class of herbs that help the body adapt to stress, may go a long way in curbing the deleterious side effects of a prolonged stress response. More on Nootropics for Stress. 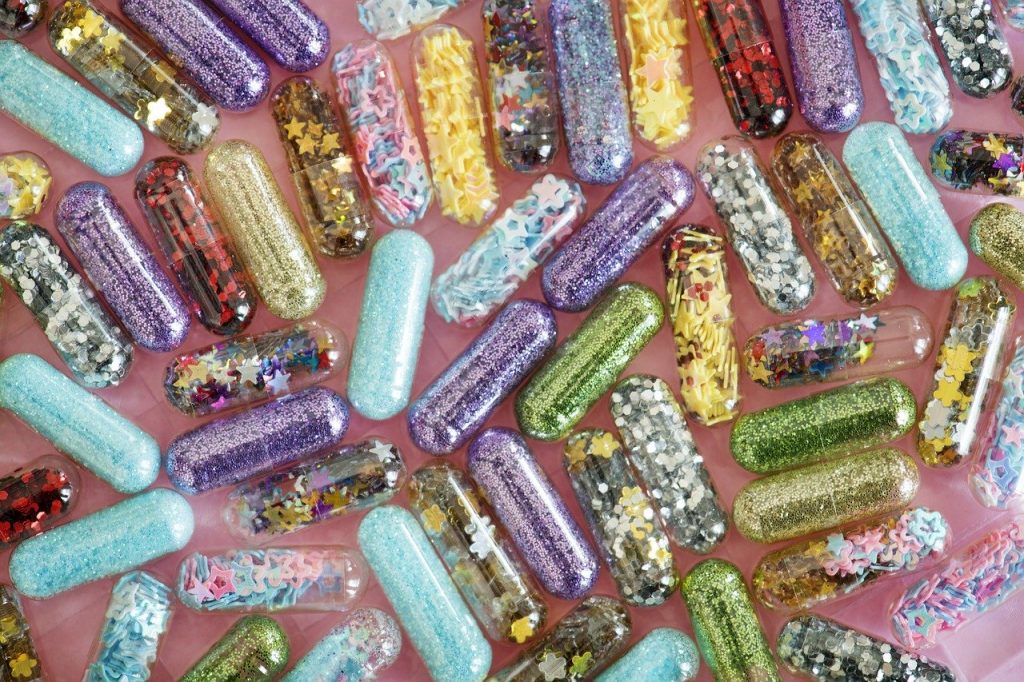 Are caffeine pills still a thing?

Yes, they are, though many are raising their noses against these so-called “caffeine pills.” And, to be fair, there are plenty of good reasons for people, namely nootropic geek type of people, to raise their noses at caffeine pills:

Having said that, caffeine is undoubtedly one of the more reliable cognitive enhancers available to us. And, yes, there is a smart “nootropic” way to supplement caffeine. However, my opinion is that caffeine should be a supplement to your nootropic supplement stack. Your primary daily cognitive performance supplements should be stim-free, and you should have a separate caffeine “stim” stack you can use optionally on an “as needed” basis.

Primal man didn’t have coffee. But remember: you’re not primal man. You’re more like some asexual half-human half-robot bionic android thing of the 21st century. So, don’t be too strict on yourself with the whole caffeine thing. Just use it smartly. Read my in-depth Caffeine Review here.

Best Energy Supplements to Buy in 2021

Here are the two Best Energy Supplements to Buy in 2021. One non-stim, one stim. Ideally, for both long- and short-term energy boosts, you can respectively take the first supplement daily and the second on an “as needed” basis, as I suggested in the “caffeine pill” section. Or, really, you can take them however the hell you want, but that’s my recommendation.

An energy supplement with no caffeine? Double-you-tee-aitch-m8! Except, yes, that’s right: Performance Lab Energy, the best energy supplement of 2021 is a caffeine-free, stim-free energy booster that eschews the stims and instead relies on a rich complex of antioxidant mitochondrial supporters for its energy boosts.

That’s a mouthful. Let’s unpack what I mean by “antioxidant mitochondrial supporters” by taking a look at each ingredient in this stack:

And then, of course, there’s Black Pepper Extract, supplied as the über-popular BioPerine® branded extract. The über-popularity of this bad boy is completely understandable: in tiny doses, this potent black pepper extract, supplying a 95% concentration of pepper’s bio-active spice piperine, significantly enhances nutrient absorption, thereby improving the overall bioavailability of this formula.

Not to mention that piperine also possesses thermogenic advantages as well, increasing the energy expenditure aspects of this formula.

Simply put, if you want to get the core — the microscopic, cellular core — of energy boosting, without cheapening your efforts by resorting to stimulants, Performance Lab Energy has all your cellular energy needs. Taken daily, this energy booster may go a long way in enhancing your long-term, baseline energy level — no post-energy crash or jittery side effects.

Want some?
Get the best deal on Performance Lab Energy here.

This isn’t to say that stim-free is the only way to go (as you’ll see with the next supplement). But to promise energy without stims is to deliver an energy experience that, likely, many people are completely unfamiliar with. The feeling is one of constant, steady clarity throughout your days — both mental and physical clarity. And while you won’t feel this stack right away, you’ll certainly notice it when one morning you wake and realize, “Wow, I’m actually feeling ready for today!”

Across the board, Performance Lab Energy demonstrates exceptional quality with its potent, branded ingredients: Microencapsulated Bio-Enhanced® R-Lipoic Acid, MicroActive® Q10, BioPQQ®, and BioPerine® — this last item, in particular, advancing the potency and quality of this formula.

Due to the delicacy of antioxidants, it’s important not to diminish their potency with junky additives and destructive manufacturing processes. Performance Lab takes care to take care of its ingredients by supplying only the best-of-the-best ingredient forms in food-based capsules — no artificial colors, flavors, fillers, etc.

Want some? Get the best deal on Performance Lab Energy here. 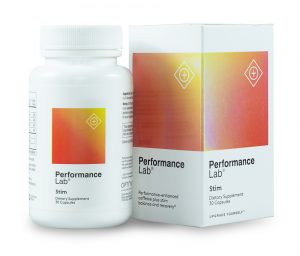 The result is a manageable caffeine rush that truly sharpens mental focus and ramps up cognitive energy without any consequent post-energy crash or brain fog. Let’s check out exactly how this stack works:

With the B-complex and L-tyrosine, Performance Lab Stim helps counteract the negative chemical-depleting consequences of stimulant energy, while L-theanine acts as an immediate counterbalance to caffeine’s jittery side effects. Seems really simple, because, well, frankly, caffeine is a simple stimulant!

Unlike many other stim stacks, Performance Lab Stim provides a simple answer to a simple stimulant, delivering energy boosts that are smooth and reliable and devoid of all the usual stim-related hiccups.

Want some?
Get the best deal on Performance Lab Stim here.

A customizable amount of caffeine counterbalanced by a properly ratioed amount of B vitamins, L-theanine, and L-tyrosine. I imagine that many of the DIY nootropic users have a self-concocted stack that nearly matches Performance Lab Stim’s formula, with exception to the exceptional quality of Performance Lab Stim’s ingredients (see below). You really can’t do much better than this without overcomplicating or underdelivering on the promise of a caffeine rush unlike any other.

Except “rush” is somewhat poorly worded here. What makes this stim stack so unique is how it delivers an energy rush that’s manageable and maintained for significant periods of time — no sudden rush, no sudden drop-off.

Supplements that carry caffeine and hide their ingredient dosages beneath proprietary blends are supplements to avoid. Props go out to Performance Lab Stim for avoiding the proprietary blend BS and instead transparently showing us exactly how much of each ingredient we’re receiving, especially for the caffeine.

Speaking of “how much,” additional props goes out to Performance Lab Stim for properly formulating the L-theanine + caffeine combo at a 2:1 ratio. This is, in my experience, the best way to optimize L-theanine’s and caffeine’s respective brain benefits.

Want some? Get the best deal on Performance Lab Stim here.

Brainpower is everything. They* say, “Mind over matter,” (*corny, motivational fitness-types on Instagram, mainly) but the truth is that mind and matter are so intertwined that they’re practically the same thing. A mind that remembers to take care of the brain (i.e., the matter encasing the mind) is gifted return by the brain, which uses its well-nourished brainpower in service to the mind’s thinking power. It’s a symbiotic relationship, really.

To learn more about Performance Lab, head to performancelab.com