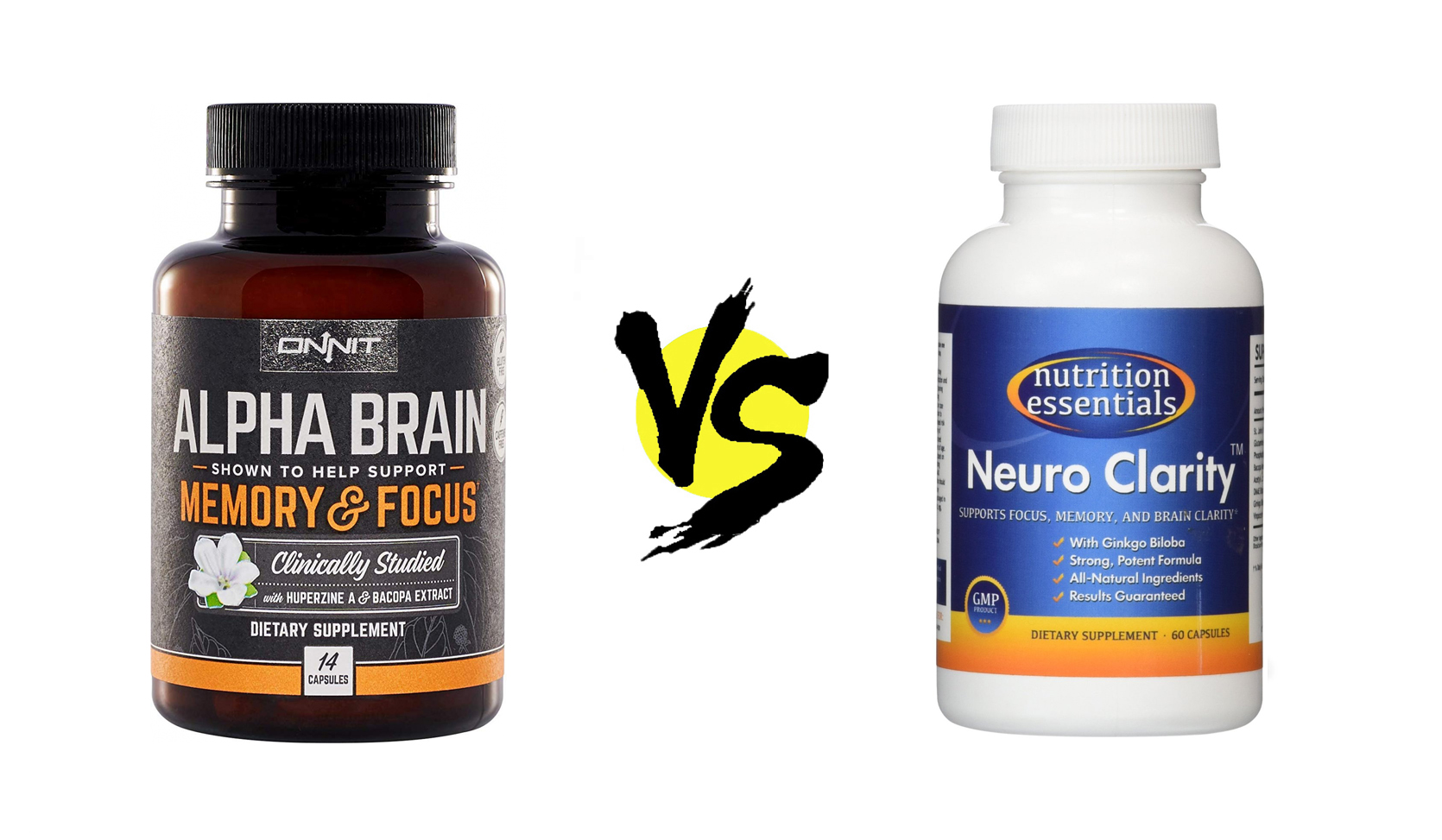 What’s important to you?

Well, you’ll get damn near none of that with Alpha BRAIN and their proprietary blend shenanigans. Neuro Clarity, on the other hand, stands by its name, clarifying the contents of its neuro-enhancing ingredients by proudly displaying all of their dosages.

The only problem: they’re pretty bad.

So, with all that in mind, let this review be a reminder of an age-old truth: the truth doesn’t matter. The winner is always the one who lies and fights the dirtiest. And Alpha BRAIN’s “earth grown” nootropic stack is looking pretty damn dirty.

To be honest, neither of these formulas are super spectacular. But at least Onnit puts forth some originality with their stack, whereas Neuro Clarity uses a formula that’s commonly found in many other cheap-O nootropic stacks. It’s not exactly a bad formula, but my suspicion is that it’s cheap and easy to make — hence why so many manufacturers use it.

Having said that, let’s check these stacks out:

The happiest man to ever live: St. John …actually I have nothing to back up that claim (also I don’t believe it) but it supports the narrative I’m trying to establish here: That St. John’s Wort, the leading ingredient of Neuro Clarity‘s formula, possesses some of the best natural antidepressant benefits found outside of the pharmacy.

The other ingredients in Neuro Clarity? Meh, they’re alright, at least for the average, younger (< 40 years old) nootropic enthusiast, as Neuro Clarity’s formula seems particularly geared towards supporting elderly cognition. My evidence: Phosphatidylserine, DMAE, & Ginkgo — all of which might enhance younger cognition but only seem to do so for ye olden folk.

Not to mention Alpha BRAIN’s special ac-11® branded Cat’s Claw, an antioxidant extract patented & owned by Onnit that seems to only be available through the Alpha BRAIN formulations, viz., Alpha BRAIN & Alpha BRAIN Instant (the latter found in my Best Nootropic Supplements to Buy in 2017 list, but not on my later “Best of” iterations).

The only shared ingredients between these nootropic supplements are phosphatidylserine, bacopa monnieri extract, & vinpocetine. Unfortunately, Alpha BRAIN hides its individual ingredient dosages under those three proprietary blends, so I can’t know for sure whether one supplement provides more of those shared ingredients than the other.

Regardless, here are the ingredients not shared between the formulas, better illustrating the relatively unique effects of each supplement in this comparative review:

Alpha BRAIN may carry more nootropics than Neuro Clarity, but is Alpha BRAIN a higher quality nootropic compared to its opponent? Hard to say, especially considering that Neuro Clarity’s unoriginal formula pretty much hits all the major criteria of a “good” nootropic stack:

Ignore that last point, I’m just goofin’ — the phosphatidylserines seem to be even steven between these supplements. However, the capsule qualities are not even steven as Alpha BRAIN goes with the clean vegan caps and Neuro Clarity sticks with the cheaper gelatin (sorry, vegans).

For the most part, Alpha BRAIN’s ingredient quality is impressive, too — herbal extracts, patented ac-11 cat’s claw, pterostilbene — but there are a few improvements Onnit could make in the potency department. Having said that, neither supplement really wows me with their ingredients, let alone ingredient quality. Neither here are exactly the best nootropic supplement around. It’s all about as average as you can get here (and if you’ve spent as much time as me looking over average supplements, you’ll realize that “average” is pretty bad in the supplement world).

Neuro Clarity or Alpha BRAIN: Which is better?

Neuro Clarity’s nootropic rating increases as you age, although I still wouldn’t call these ingredients the best nootropics for elderly cognition. That’s just the primary demographic benefited by Neuro Clarity’s formula. If nothing else, Neuro Clarity is ~18% the cost of Alpha BRAIN per serving. That’s a significant disparity in price.

Alpha BRAIN works for some, goes unnoticed by others. It’s much like supplementing standalone tyrosine: You notice it only under conditions of stress, whereas normal cognition isn’t affected by it. I find Alpha BRAIN’s anxiolytic “free-flow” benefits great for high-stress, high-demanding tasks. But it does cost an absurd amount per serving.

Neuro Clarity & Alpha BRAIN do what they do well enough for me to recommend either/or, the recommendation differing by your personal needs, i.e., are you aged vs. young? And then there’s the whole price aspect to take into consideration as well.

Which one do I choose? Alpha BRAIN.