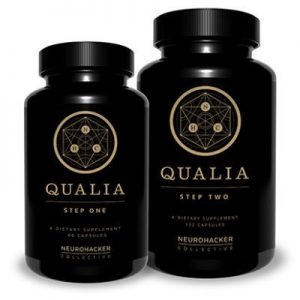 Qualia definition (per Google): n., the internal and subjective component of sense perceptions, arising from stimulation of the senses by phenomena.

In the case of Qualia, the nootropic stack by Neurohacker Collective, the “component of sense perceptions” are the cognitive enhancement results afforded by the “phenomena” of Qualia’s 42 ingredients.

That’s a lot of MF phenomena.

The immediate question then is: Is that too much phenomena? For most big-name supplements, the answer is usually yes — however, Qualia is not your usual big-name supplement, and, given the pedigree of researchers & developers behind the Qualia project, this seems a supplement actually capable of acting on such high ambitions.

But, of course, the problem with lower-case qualia is the “subjective” aspect of sense perceptions. So, let’s consider this review a personal N. Geek attempt at measuring the objective value of upper-case Qualia’s true nootropic potential.

We’re in for a two-for-one review here, covering both Step One & Step Two of Qualia’s two-part product. Interestingly, as full & fat as each formula is, it seems you can’t supplement one without the other. Take note the individual ingredients chosen for each bottle:

Vitamin B12 (Methylcobalamin) – Proper B12 supplement form, heavy dosage – may improve cognition for elderly & vegans, but not entirely necessary for the average, healthy nootropic user. More on Vitamin B12.

Artichoke Leaf Extract (5% Cynarin) – The nootropic aspect of artichoke extract relates to its antioxidant & bloodflow benefits, although these benefits are viewed as mild as compared to other notable antioxidant compounds, such as turmeric (See: Step Two Ingredients).

Centrophenoxine – Essentially a better, more absorbable option to DMAE, carrying much of the same cognitive booster benefits of DMAE, which is believed to primarily benefit elderly cognition.

Purenergy™ (Caffeine and pTeroPure™) – A unique combination of caffeine (you know what that is) and pterostilbene, an antioxidant compound similar to resveratrol, except 4x more bioavailable. Trademarked antioxidant energy. More on Caffeine.

L-Theanine – You can’t consume caffeine without this bad boy: L-theanine is an anxiolytic amino acid capable of reducing the jittery side effects of caffeine without diminishing its focus-enhancing benefits. More on L-Theanine.

Noopept – Similar to piracetam, the standard racetam supplement, except much more potent & stimulating, achieving the cholinergic memory & focus benefits of piracetam minus the long wait time. More on Noopept.

DHEA – Not too sure about this one. DHEA made a small splash in the bodybuilding community for its steroidal prohormone status, which was found to be ineffective at actually increasing testosterone or muscle gains. Believed to improve mood & cognition, despite a lack of research on this point. What it will do is trigger a positive drug test as per the WADA Prohibited Substances List, so competing athletes beware. 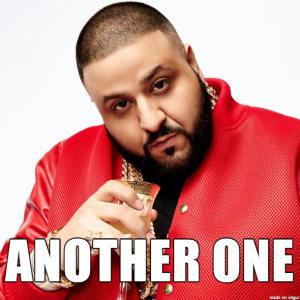 Am I going to cover every ingredient in Step Two? Hellll nah. What I will do instead is cover the most noteworthy nootropics on this list, then briefly summarize the rest. Here goes:

Huperzine A – In tiny doses, this semi-synthetic drug inhibits acetylcholinesterase, the enzyme responsible for catalyzing the breakdown of neurotransmitter acetylcholine. More on Huperzine A.

Vinpocetine – Another semi-synthetic drug, except this one enhances cerebral circulation, much like ginkgo. More on Vinpocetine.

Alpha GPC – Essentially a richer source of nootropic choline (than citicoline) per serving, minus the brain healthy cytidine constituent. More on Alpha GPC.

Curcumin Root Extract – Spicy antioxidant in support of total brain & body longevity, perhaps the greatest for nootropic purposes, one of the already many antioxidants in this free radical demolishing formula. More on Turmeric.

The remaining ingredients range from vitamins & minerals (B vitamins, vitamin C & D, zinc, etc.) to more antioxidant/anti-inflammatory compounds (quercetin, algal DHA, green tea extract, etc.). For the most part, all of these ingredients are of exceptional quality & quantity — e.g., zinc as zinc picolinate, dosed at 15 mg. And Qualia does a fine enough job of explaining the who’s & what’s of these ingredients (as I’ll further explain below).

Despite the creepy, Soviet-like collectivist ethos underlying Qualia’s mission statement (“Our mission is to help build a global alliance of responsible, empowered individuals and like minded groups…”), this formula actually makes for a solid, well-rounded brain health supplement — and I don’t often say that for ingredient-heavy nootropic supplements such as Qualia, which crams 40+ ingredients into two separate products.

This is simply a design that doesn’t work, that Qualia surprisingly does make work by doing three things with its formula(s): 1) Maximizes serving sizes (3 capsules, 5 tablets), 2) Supplies sufficient dosages all-around, 3) Enhances quality & potency of its ingredients, notching in a smart bioavailability-enhancing extract of black pepper (as BioPerine®) — at least within the Step Two product.

On Qualia’s website, the Step One & Step Two ingredients are divvied into these categories:

While I grant that Qualia adequately represents each category with its ingredient choices, I’m not entirely convinced that every ingredient listed under each category adequately represents that category — for example, Qualia lists “Artichoke Extract” under Adaptogen Extracts. In fact if you Google “artichoke extract adaptogen,” one of the first results is the Qualia website, suggesting to me that Qualia is innovating (not based on actual adaptogen research) this new definition of artichoke extract.

But this is only a minor setback. Artichoke extract still benefits brain health. As do most of Qualia’s ingredients. Rather, the only major design flaw with Qualia pertains less to its product than its philosophy: If Qualia intends to empower minds through uniting “like-minded groups,” does this truly empower & expand minds individually? or constrain them collectively?

In other words, philosophically, is Qualia the ultimate red pill or blue pill?

You may likely guess my answer simply by my asking the question. Qualia may have a firm grasp on nootropics & brain health but not on human nature, exposing their “global alliance” plans to Frankensteinian failure. (But I’m just the Nootropic Geek, not the Socratic Geek, so take all that with a grain or two of salt.)

Highly independent, individualist Silicon Valley liberal-libertarian types, who view nootropics as a legitimate route of transhumanic progression, as well as the collectivist, “science-explains-everything” rational egoists, who spend their afternoons reading Chernyshevsky’s What Is To Be Done? — two seemingly oppositional demographics that, when you take a couple steps back, seem to actually inhabit the same proverbial coin.

You can buy Qualia directly through the manufacturers or through various online retailers, including Amazon.

If Qualia doesn’t work, then nootropics don’t work. And I’m not even willing to entertain that option: my life would be a lie! Likewise, the massive hype behind this supplement being the greatest brain booster on the market would also be a lie. (Or at least a complete lie.)

Much of what Qualia does contradicts my views on what usually constitutes a good, trustworthy supplement: Qualia packs its capsules & tablets with a lot of ingredients and says things in its ad copy to the effect of The Future is Now. Most supplements on the market that do either of these things almost always deliver bunk, borderline-scammy formulas. Qualia delivers jam-packed, “futuristic” formulas that work well.

And Qualia seems to purpose itself as a one-and-done, all-comprehensive nootropic supplement. So, if it works for you, odds are you won’t need more supplements to supplement this supplement. And if it doesn’t, then, well… there are others.